With respect to damage caused by harmful rumors on the Internet, the Rising Trust Group (hereinafter, “the Company”) will address the problem based on the policy specified below.

The Company intends to build a good and secure relationship with customers by conducting its corporate activities in a sincere manner, but a serious misunderstanding might occur between customers and the Company arising from disagreement or poor explanation. In most of the cases, such misunderstanding is cleared before the matter gets worse, but very rarely, we experience a case in which negative comments against the Company are posted online when the misunderstanding could not be cleared. It is often the case that the content of such comments is not true because the cause of the misunderstanding was a disagreement or poor explanation. As a result, both the writer and the Company suffer disadvantage. If we find ourselves responsible for any matters requiring improvement or review from a critical viewpoint, we will sincerely accept the matter and endeavor to improve our operations.

To that end, we should learn lessons for the future by cooperating with outside specialist organizations such as the police and the bar association, and investigate the background of the posting of such comments online, sincerely accept the facts. The same response will be applied to those who posted similar comments just for fun and in a me-too mood taking advantage of the anonymity of the Internet.

Aiming to build a reliable relationship between the Company and customers, all organizations across the entire Group will proactively take measures against damage due to negative rumors.

A case example of our response to negative comments posted online about the Company.

A negative comment against the Company was posted on an Internet forum. As the comment was groundless, we filed a lawsuit through a lawyer. The court decided that the content was groundless and damaged our corporate activities. As a result, the name, address and the company the writer worked for were uncovered. Severely panicked by the unexpected court order, the writer sent us a message of apology, saying that he had no knowledge about the Company, but that he had posted the message just for fun, asking us not to inform his family or company of this issue. The Company took a lenient response to the matter this time. 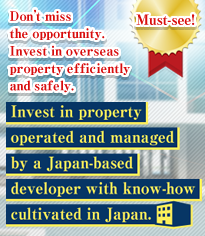